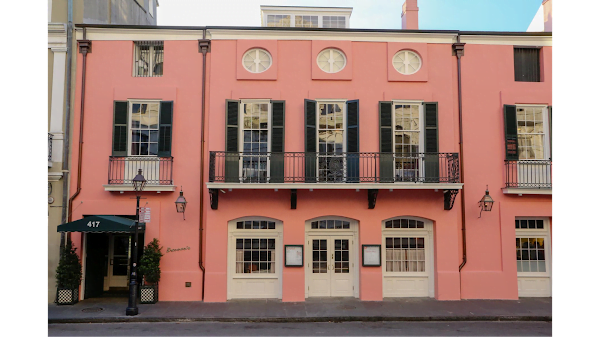 If you’re looking for some of the most incredible food on the planet, New Orleans has you covered. You probably know about Big Easy staples like gumbo and jambalaya, but around here, meals go far beyond the main course. No matter where you decide to enjoy some fabulous NOLA cuisine, save some room for dessert. New Orleans is known for all sorts of sweet treats, like beignets, Doberge cake, pralines, and a dessert that will truly light your fire, bananas foster.

Here’s a closer look at this boozy banana concoction.

The Birth of Bananas Foster

When you order classic bananas foster, you get so much more than just a dessert; you get an entire performance, complete with a fiery flambé finish tableside. Believe it or not, this cherished NOLA dessert all began with a challenge back in the 1950s.

At this time, the city served as a significant entry point for bananas imported from Central and South America. The owner of the famous Brennan’s Restaurant, Owen Brennan, decided to challenge the establishment’s chef, Paul Blangé, to find a unique use for all of the extra bananas to promote the imported fruit.

Blangé accepted the challenge, gathering up brown sugar, butter, banana liqueur, cinnamon, and of course, dark rum to create a dessert unlike any other. Owen named the dish after his close friend Richard Foster, who chaired the New Orleans Crime Commission and was well-respected in the city. A dash of flame added heat and flair to the dish, and then the warm creation was served over vanilla ice cream.

How Do You Make Bananas Foster?

Ready to whip up some of this warm, rich yumminess? It’s easier than you might think, especially if you try out this recipe adapted from Sugar and Soul.

In a large skillet over medium heat, heat the butter, brown sugar, cinnamon, and salt for about three minutes, stirring frequently until the sugar dissolves. Slice the bananas on the diagonal into 1/2-inch slices.

When the butter mixture begins to bubble, add the bananas in a single layer, cooking for about one minute. Then, turn the bananas over and cook for an additional minute.

Carefully pour the vanilla extract and rum into the skillet. Now it’s time to try your hand at flambé. Make sure to use a grill lighter or a very long match. You’re going to hold the flame right over the liquid, so the rum ignites. Cook the mixture until the flame goes out, usually about one minute, then remove the pan from the heat.

Where to Find the Best Bananas Foster in New Orleans

If you’d rather stay out the kitchen, or prefer to not play with fire, head to where it all started, Brennan’s on Royal Street, for some of the best bananas foster in the city. It’s said the restaurant goes through 35,000 pounds of bananas a year! Or, you can find other stand-outs at Palace Café on Canal St. and The Court of Two Sisters on Royal Street. The Ruby Slipper on Decatur serves up some amazing Bananas Foster French Toast.

After indulging in some boozy bananas foster, finish up your NOLA night in style with a stay at the contemporary and stylish Blake Hotel. It’s a sweet ending to the perfect day in the Crescent City.